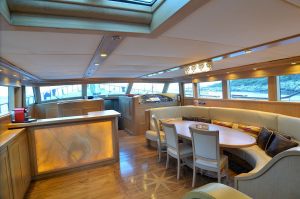 Kalymnos is located on the northern side of Dodecanese and close to the Turkish coasts.

Mljet is the first larger island one come upon while sailing the Croatian Adriatic from the direction from south to north.